LACROSSE COMPANIES, ATHLETES MOBILIZE IN THE FIGHT AGAINST COVID-19

When I was a boy and I would see scary things in the news, my mother would say to me, “Look for the helpers. You will always find people who are helping.” — Fred Rogers

The lacrosse community does not need to look far to find people who are helping. From individual families and small business owners to large manufacturers, people associated with the sport are marshaling their resources to produce protective equipment for those on the front lines of the coronavirus pandemic.

In two of the hardest hit states, California and New York, lacrosse industry representatives are retrofitting their businesses both to remain operational and to answer the federal and state governments’ call to mobilize the private sector.

“It feels a lot like the World War II effort, all of these companies switching over to do what they can to help,” said Jerry Ragonese, co-founder of Pro Athletics, the Los Angeles-based sports uniform and apparel manufacturer. “I don’t look at it as being noble. It’s what the country needs to do in a time of need.”

Ragonese plays professionally as a faceoff specialist for the Premier Lacrosse League’s Redwoods LC and also co-founded The Faceoff Academy. When he noticed Fortune 500 companies like General Motors and Tesla move toward manufacturing ventilators, he wondered why a small business like his could not similarly adapt.

On March 20, the day after California became the first state to issue a stay-at-home policy and shutter all non-essential businesses, Ragonese announced on Twitter that Pro Athletics would enlist the Defense Production Act to make supplies — including face masks, sheets and scrubs — for hospitals in need.

Since then, the company has retrofitted its Agoura Hills factory while awaiting specifications from FEMA and the arrival of FDA-approved materials. To be clear, Ragonese said, Pro Athletics is not manufacturing the regulation N95 masks, the materials for which have skyrocketed in cost during the COVID-19 crisis. But the dire tone of the thousands of emails flooding his inbox daily — from hospital workers and first responders to susceptible families — suggests that something is better than nothing.

The same breathable, moisture-resistant materials Pro Athletics uses to make a hundred football uniforms per day could be used to produce 2,000 masks in the same timeframe. The Guardian Mask, which is washable and reusable, can be purchased in 12-packs ($144 each) on the Pro Athletics website, with discounts available for hospitals that contact the company directly.

“My eyes have been opened to the unseen war. It’s like every hospital’s D-Day,” Ragonese said. “I had no idea how abysmal things were for these people on the front lines just looking for anything. They’re wrapping shirts around their face.”

“MY EYES HAVE BEEN OPENED TO THE UNSEEN WAR. IT’S LIKE EVERY HOSPITAL’S D-DAY.” — JERRY RAGONESE, CO-FOUNDER OF PRO ATHLETICS

On the other side of the country, Cascade Maverik Lacrosse has similarly mobilized its headquarters in Liverpool, N.Y., to produce the Cascade Face Shield.

The leading producer of men’s lacrosse helmets and women’s lacrosse headgear and eyewear, Cascade had sent its workforce home last Saturday after New York became the second state to close non-essential businesses. It took five days to develop a prototype, but the company was back up and running Thursday.

The Cascade Face Shield consists of a plastic shield, foam brow and the strap normally used for eyewear, fastened together by the rivets normally used for helmets. Cascade is selling the product at cost ($35 for a 10-pack). Within 48 hours, there were orders for more than 300,000 units, said Patrick O’Toole, director of marketing for Cascade Maverik.

“There’s a passion to protect. It’s our tagline, but for a good purpose,” O’Toole said. “It goes beyond the technology that’s in a helmet. It goes to an inner meaning. We kind of tapped into that.”

Available for order over the phone (1-800-573-1702) or via email (orders@cascademaverik.com), the shield is designed for a single use as splatter protection in aerosolized environments.

“We’re prioritizing hospitals over all else,” O’Toole said, adding that everyone who submits an inquiry gets categorized. “We are just so overwhelmed by the need and proud of the effect that people are letting us know we’re having.”

Much of the positive feedback came from social media. Cascade is promoting the product using the hashtag #GiveMePPE that has become ubiquitous in light of the alarming shortage of personal protective equipment for health and safety workers at risk of contracting the coronavirus themselves and infecting their families.

A video posted on Cascade’s Instagram and Twitter channels had more than 45,000 views in two days. A tweet by Inside Lacrosse with pictures of the product and a link to the press release had more than 3,000 likes and dozens of supportive replies.

Amidst the growing spread of COVID-19, concern for the health of individuals and a demand for personal protection supplies, we are pivoting to help however we can. Click to learn more on The Cascade Face Shield: https://bit.ly/2UGLRu3  #GiveMePPE #PassionToProtect

161 people are talking about this

In the wake of a shutdown of non-essential business and disruption to the lacrosse season, @CascadeLacrosse has pivoted to manufacturing face shields designed fro health care professionals: https://www.insidelacrosse.com/article/cascade-pivots-to-supply-medical-professionals-combating-covid-19-with-face-shields/56218 … 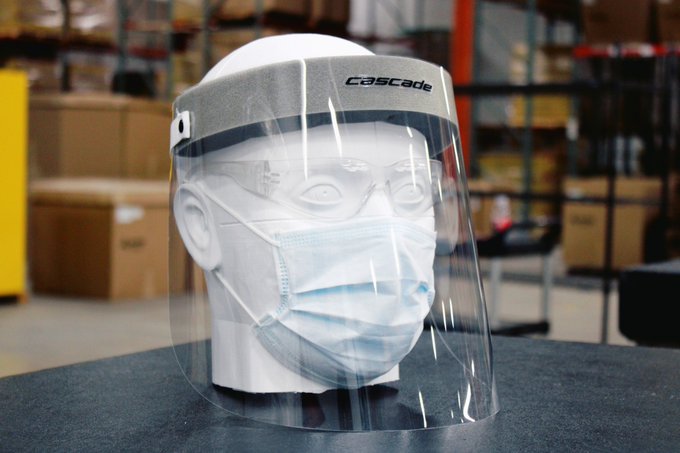 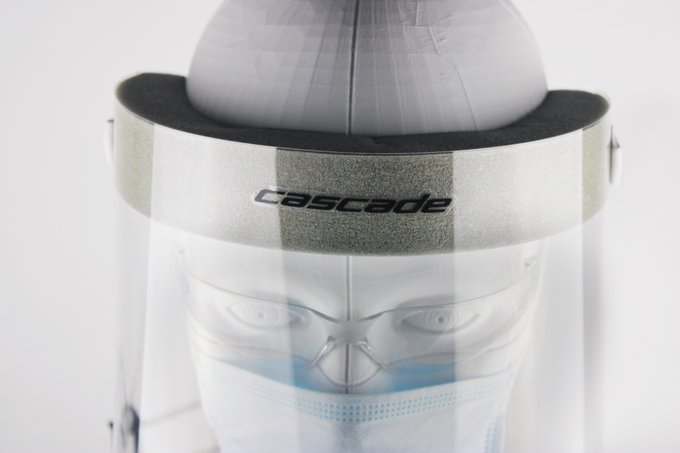 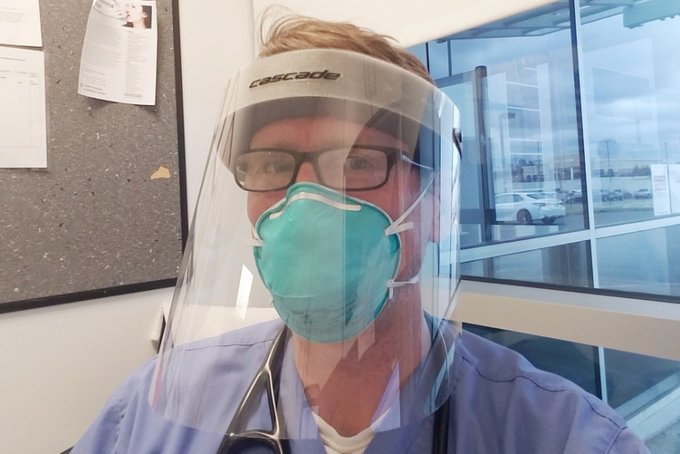 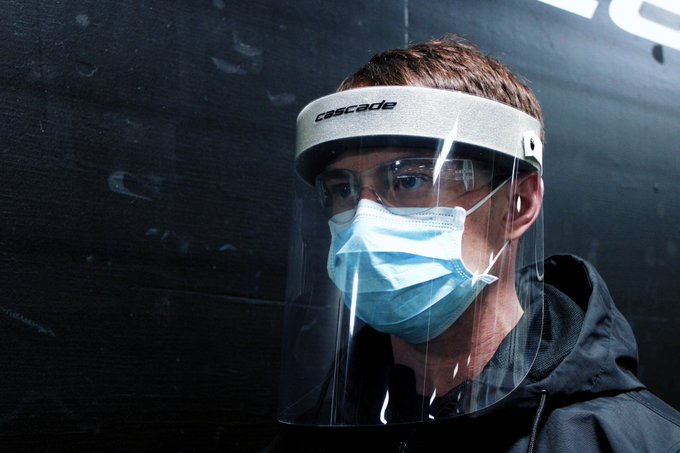 653 people are talking about this

“Whatever we can do to keep people safe and help bring the country back to a state of normality is what we plan to do today and through the immediate future,” Cascade Maverik general manager Tim Ellsworth said in the press release. “Thankfully, we have the resources, vendors and facilities to contribute on a national scale, but most importantly, we have the right people.”